Independent travel for kids is made easy with a Rooster Card. Here’s how…

A prepaid debit card is a great way of giving kids greater freedom, especially when it comes to travel. Over the past couple of years, almost every big public transport company in the UK has focussed on contactless payments, as society becomes increasingly cashless.  Children with prepaid debit cards such as NatWest Rooster Money’s Rooster Card are already travelling to and from school using contactless payment. About to join them? Here’s what you’ll need to know.

How kids can use Rooster Cards on trains, trams and buses

With the Rooster Card, parents can also receive notifications via Rooster Money’s app when a child spends money. These aren’t always immediate (some transport companies don’t charge until the end of the day), but give mums and dads an idea of  how much they’re spending. Parents and children can also check previous payments via the Rooster Money app.

Remember, kids paying via their debit cards may get charged an adult rate, so if you’re a regular user it’s probably worth checking for children’s passes or for discounted rates with your local public transport provider. 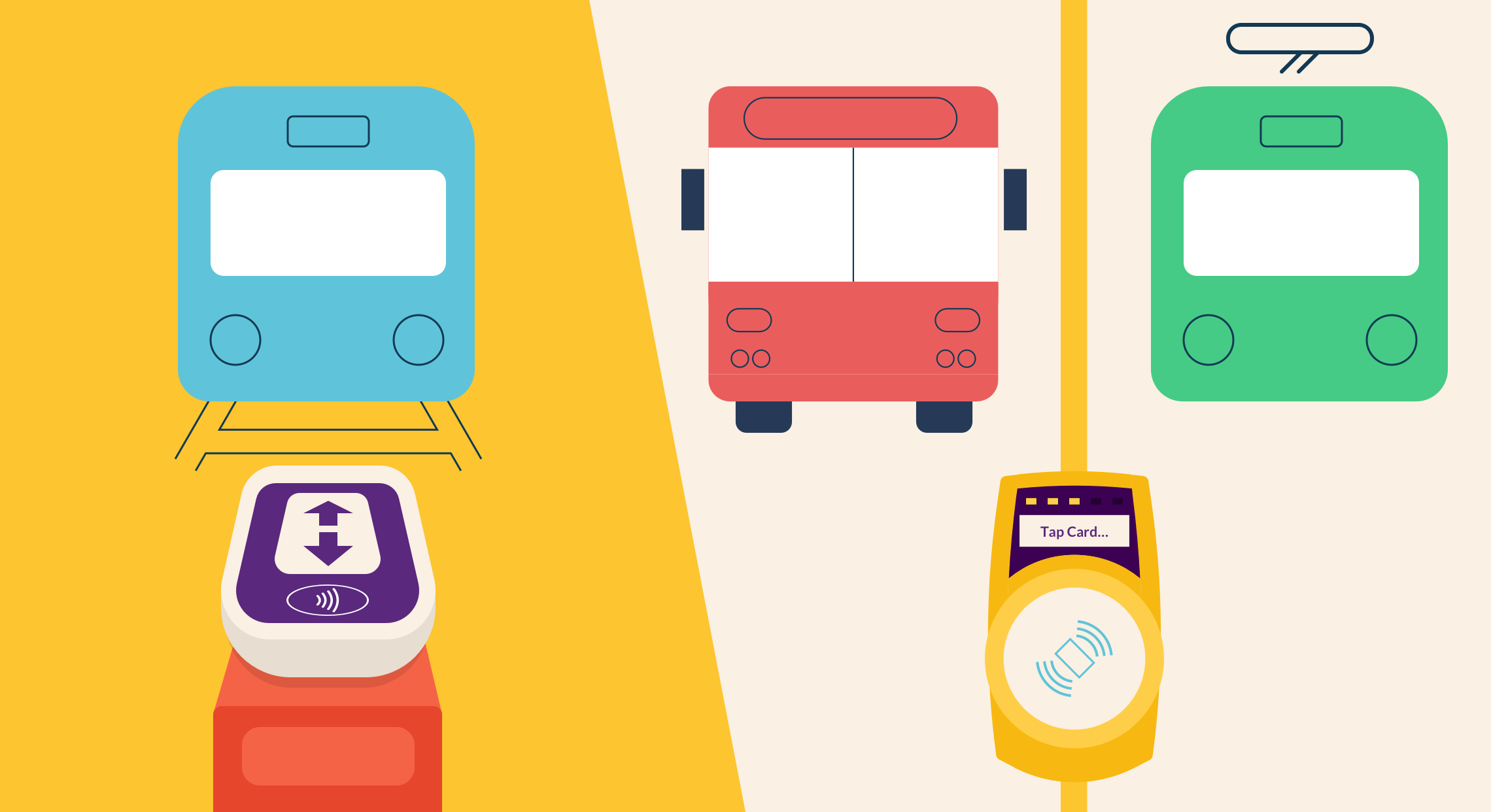 Make sure the Card pot is topped up

Kids can’t travel if they don’t have enough money to pay for their fare. Some operators even block cards if there isn’t sufficient funds to travel. Please make sure the card is topped up, and if it is blocked, please contact us.

Check the contactless counter in the app

After five contactless payments or purchases totalling £135, a card’s contactless feature needs to be reset, either by entering the PIN, or, for Rooster Money users, via a contactless counter in the app. This isn’t Rooster Money’s rule; the five-payments limit is a legal requirement for all payment cards. If it isn’t reset, contactless won’t work. Kids and parents should  keep track of the ‘Reset contactless’ bar in the app, to make sure it’s working. Travel payments are given some grace beyond the five payment limit so it may keep working for travel – but you still keep track of it all the same as it will need resetting at some point.

Remember, sometimes you need to touch your card when you leave

Lots of journeys still require tickets (as does First Class)

There are still plenty of occasions when travellers can’t use a Rooster Card’s contactless payment feature to pay for journeys. If you’re travelling within many of the UK’s smaller towns or cities, or travelling on longer journeys across the country, for example, you may have to buy a normal ticket. Also, if you want to travel in First Class, you’ll have to buy a proper First Class Ticket; contactless payment charges are only for Standard Class journeys, which doesn’t entitle you to sit in the First Class seats.

You can travel on Manchester’s tram network using contactless cards, however adult fares apply. Fares are also capped here, so if you make lots of small journeys you’ll never pay more than you would have been charged for a daily travelcard.

Birmingham’s bus network accepts contactless payments and also caps fares, which means you won’t pay more than a day ticket, even if you make lots of journeys.

This Scottish intercity coach service accepts contactless payments on all their services too.

Public transport payments on the bus network for Edinburgh and the surrounding region can now be made via contactless cards. Lothian also offers daily and weekly capping, ensuring travellers receive the full advantage of daily and weekly discounts.

TfL, the British capital’s public transport network (which includes tubes, buses and some overground trains and boats) accepts contactless payment via prepaid debit cards such as a Rooster Card on its services. However, kids paying via their debit cards may get charged an adult rate, and so, if you’re a regular user, it’s probably worth applying for one of TfL’s kids photo Oyster cards. Also, children under five travel free with a fare-paying adult.

Nevertheless, there’s no reason not to use a Rooster Card for occasional journeys. TfL fares are capped, which means if you make lots of small journeys you’ll be charged no more than the cost of a regular daily travelcard. TfL also waits until midnight to charge users, as the service calculates the charge for the day, so you may not see the money go out of the account immediately.

National Rail has also confirmed it does accept Cashless payments on public transport routes within the Oyster Pay As You Go area, which includes greater London, and also many outlying stations, such as Shenfield in Essex and Epsom in Surrey, as well as the Heathrow and Gatwick Express.

Outside of this area, you’ll still need a ticket. Also, if you’re paying via contactless payment you shouldn’t sit in the First Class carriage; you’ll need to go to the station ticket office to buy a proper First Class ticket in order to sit there.

This bus, coach and tram operator has also joined the cashless public-transport revolution, and now accepts prepaid debit cards on all its services. However, it does caution that users should make sure they have enough credit on them before boarding.

Again, contactless payment on public transport is available on all First buses.

This bus service also accepts contactless debit cards to pay for tickets on all buses across the UK.

The urban rail network for the Liverpool area lets its customers make payments of £100 or under, using contactless readers. All you need to do is touch your contactless card or device over a reader to pay for travel. 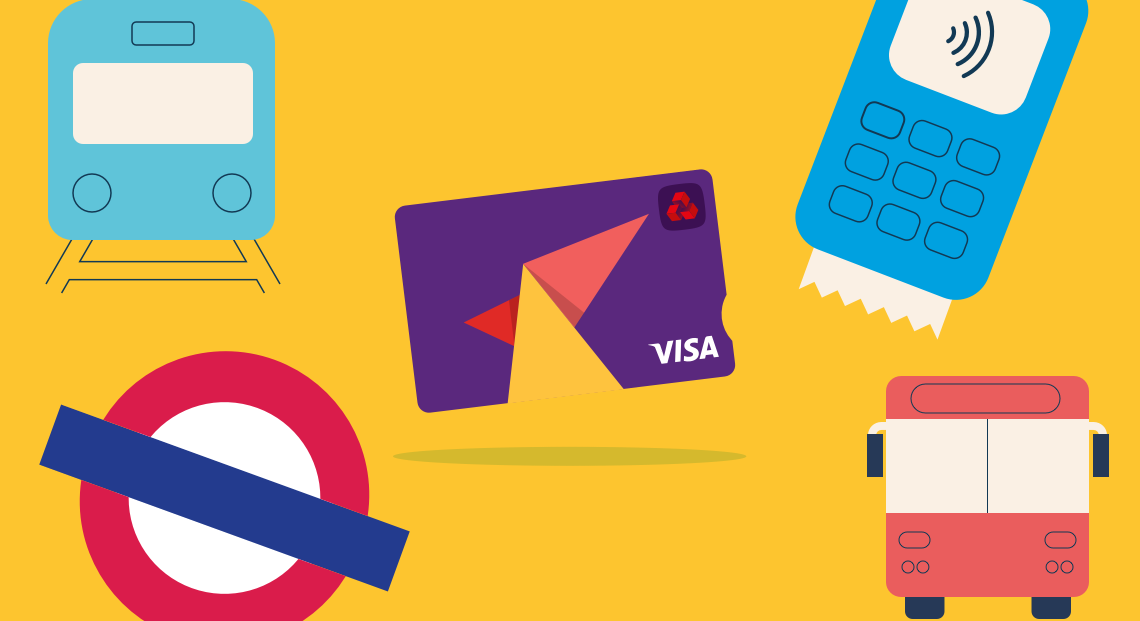 Find out more about how a Rooster Card can help give your child a head start with money. Not sure if your child is old enough? This article on the right age to get a prepaid debit card should help.