What The US President’s Role Can Teach Kids About Money

As the USA welcomes a new President, we welcome the chance to talk to children about what the Presidential role teaches us about money –  from campaign spending to budgets and more!

They’re the Head of State and Commander in Chief, able to take charge of the army, free criminals, pass laws, choose ambassadors, speak to astronauts, visit the Queen, and save one lucky Thanksgiving turkey! Yep, the President of the United States of America is pretty powerful. Yet one truly important role has nothing to do with saluting the troops or signing acts; one of the President’s most important roles involves money.

What does becoming a President have to do with money?

Quite a lot! In order to become a US President you need to raise a lot of money for your presidential campaign. A campaign is all the advertisements, rallies, debates and public appearances that presidential candidates make, in the hope of winning over voters. It can cost a lot. During the 2020 presidential campaign, Joe Biden raised $1,064,613,463.22 for his campaign, and Donald Trump raised $784,851,655.89 for his.

Where does that money come from?

A lot of small amounts come from everyday Americans. Individuals are prevented from giving a lot of money to a Presidential candidate, and laws restrict big corporations and labour unions from giving lots of money directly to Presidential hopefuls for their campaigns.

An awful lot goes on advertising, but the money also pays for staff, travel and accommodation, and other running expenses.

Why do you think there are laws to stop people from giving a lot of money to a single Presidential candidate? Why would people give money to a potential President? How much would you want to donate? 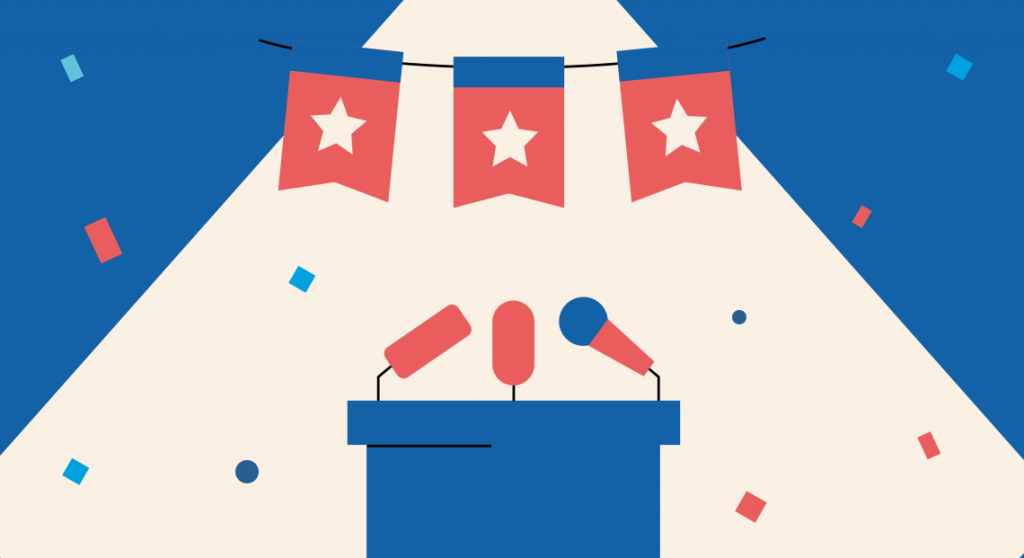 What else does a President have to do with money?

Each year, around the end of January and the beginning of February, the US President has to decide on a budget for the United States. A budget is a plan for how much money you think you can raise, and how much money you want to spend. Lots of adults put together a budget when they’re planning to book a holiday, fix up a kitchen, or buy a new car. However, pretty much no one has $4.829 trillion to spend; that was the amount in the President’s budget for 2020-2021!

The President’s budget doesn’t just get waved through, though. The United States Congress, the USA’s other law-making body, can suggest changes before the money gets approved and spent.

Where does the money come from?

As with almost all countries, the United States of America raises money for spending by taxing people; most of the money in the US budget comes from income tax, or money taken out of American’s pay (that’s President’s included, unless he or she gives the salary away (see below)).

Where does it go?

In lots of ways, the money paid out by Americans goes back to Americans;  one of the biggest items in the President’s budget is social security, or money and services to help the old, the disabled, and the very poor. Another big item in the US budget is money for defence. The United States military is the best-funded armed force in the world. Many of America’s schools are paid for by the budget. There are smaller items in there too. Around 0.5% of the budget goes to NASA, America’s space agency.

How would you divide it up? Say you had to split the US President’s spending up into five pots: 1) Defence (that’s the army, navy and airforce); 2) Social Security (that’s money and help for old people, disabled people, and very poor people); 3) Medicare (medical care for old people); 4) Medicaid (medical care for poor people); 5) Interest on government debt (money the government pays people it borrows from). 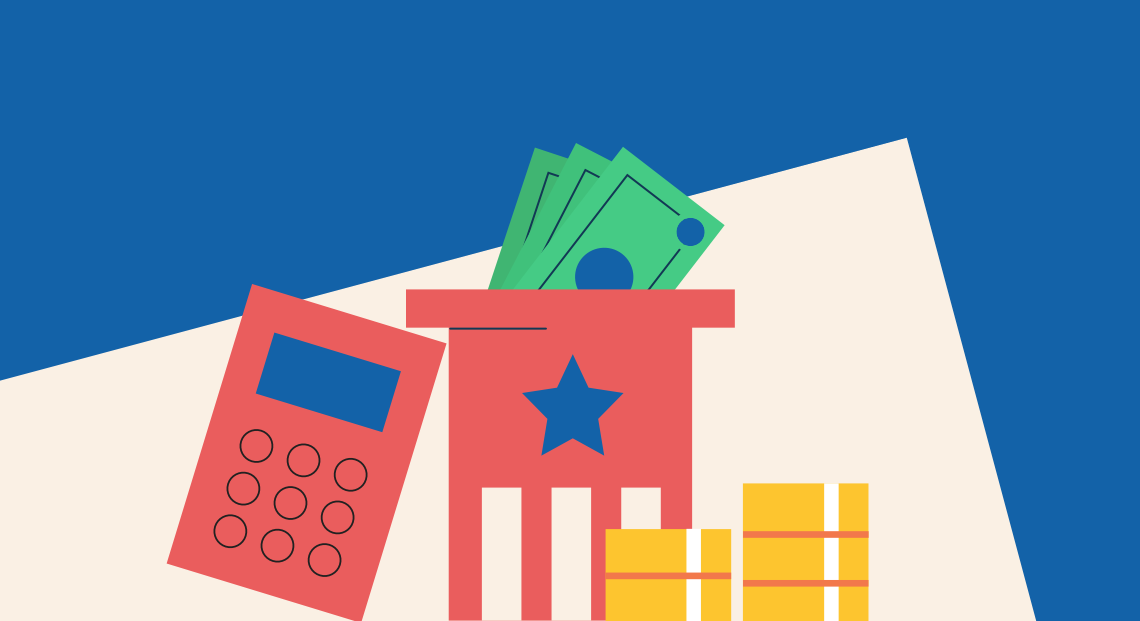 What happens if the President spends too much?

It’s hard for you to spend more money than you have, but a President can do that in a budget. When the money coming in from taxes is less than the money going out on spending, we say the budget has a deficit.

That deficit has grown a lot during the COVID-19 pandemic. Any guesses as to why?

Does the President get to keep any of the money?

Sort of. The President’s own salary comes out of the budget. Presidents earn $400,000 a year while serving, and also get $200,000 a year for life, after leaving the White House.

That’s a pretty big wage! $400,000 is around ten times as much as the average American worker makes. However, some Presidents, such as John F Kennedy, Herbert Hoover and Donald Trump were rich before they took on the role, and decided to donate their Presidential salary to charity.

The President might get a high salary, but see if you can guess how much the First Lady or First Man receives? The answer is zero. Being the President’s wife or husband is an unpaid position. 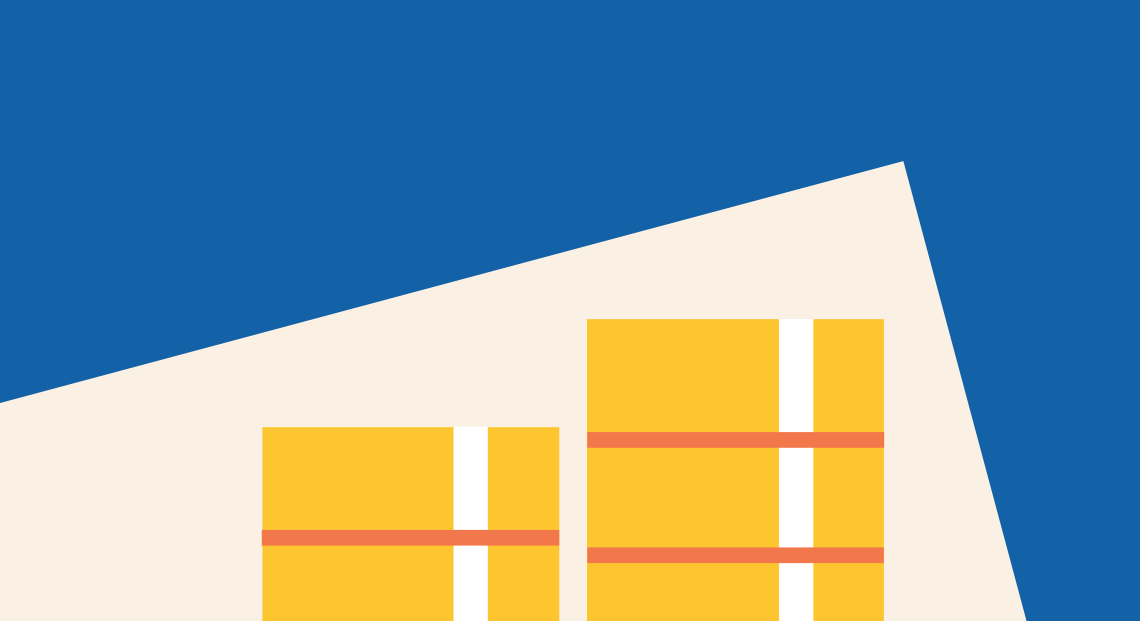 So, what does the US President’s role teach kids about money?

And while the President’s salary is pretty high, a few holders of the office have been rich enough to turn away those hefty pay packets.

If you wanted to become the President who would you ask for campaign donations? When it came to drawing up a budget, what would get the most amount of money? And would you give away some, or all of your pay? If so, where would it go?

What topics do you use to teach your children about money? Let us know at hello@roostermoney.com and it might get featured in a future blog!