Children’s magazines have thrived during the pandemic, as parents look for something unpixelated to entertain their sons and daughters. If you’re also searching for ways to keep your kids occupied and away from the screen, if you’re after new routes into regular reading, or if you just want a way to augment their educational activities, we’re sure there’s a magazine in this list for you and your family.

Aquila. Subscriptions from £35 for four months

This quirky, independent ad-free kids educational publication picks a single subject–such as Japan, the Industrial Revolution or evolution – as a way to explore loads of different aspects of knowledge and learning. Their design aesthetic is pleasant and distinctive, and their balance between education and entertainment seems very well judged. More here.

The Beano. Subscriptions from £18.75 for three months 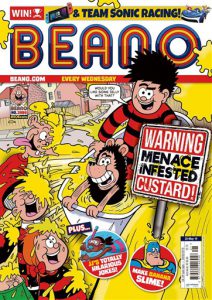 Most British adults will remember this comic from their younger days; indeed their grandparents may well have read it. Publishers DC Thompson printed their first edition in 1938, while the comic’s best-loved character, Dennis the Menace, made his appearance in 1951. Plenty has changed since then – a lot of the comic’s current characters have mobile phones, and are quite keen on social media – but its winning combination of daft anarchy remains intact. More here.

The Week Junior. Subscriptions from £55.99 for six months (they also offer a free six-week trial period) 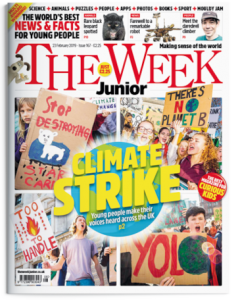 The publishers of the adult version of this weekly current-affairs digest prove naysayers wrong, when many argued that there wasn’t room for a magazine that picked the best bits out of the newspapers. The Junior version follows the same winning formula, breaking down events of the day for younger readers. More here.

Phoenix. Subscriptions from £1 for four issues (£9.99 a month thereafter) 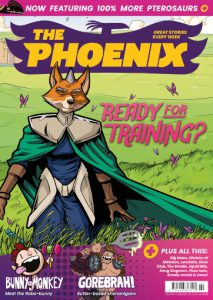 Kids and parents might already know a few of the characters that appear in this comic– such as Chaffy, and Bunny and Monkey–from their childrens’ bookshelves. Phoenix takes that high-quality picture-book feel and packs it into a  truly entertaining weekly read. More here.

First News. Subscriptions from £1 for three issues (£25.99 every 13 weeks thereafter) 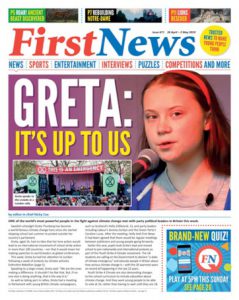 The closest thing to a proper newspaper for children, first News has won awards for its sensitive, yet accurate representation of  current affairs. Don’t be surprised if you end  up in a deep discussion about  Brexit, Covid or the new US presidency, after giving your kids a subscription to this title. More here.