Why talk about mortgages?

Mortgages might sound like a boring, adult subject, but kids are always curious about the workings of the adult world, and laying down a solid understanding of the way finance works will help them in later life. We’ve already offered neat ways to teach children about money, and why we should value it. Here’s how to give your kids a little ‘mortgage meaning’.

What is a mortgage?

Here’s how to explain a mortgage for children. It is a special type of loan that people take out, usually to buy a house. People can borrow quite high amounts of money with a mortgage, because the banks lending the money know these loans are safe.

Why do banks think they’re safe? Because borrowers who take one out promise their bank that, if they’re unable to keep up payments, the bank can sell the house to get the money back. Now, does that mean the bank is going to sell your house? No. That very rarely happens. Instead, most borrowers slowly pay back the loan, usually over a period of 25 years or so.

There are lots of different types of mortgages. These include:

Fixed rate mortgages. All lenders charge a mortgage interest rate, or a fee for the mortgage. This is set as a percentage of the amount borrowed. Sometimes these rates go up and down, but fixed rates keep the rate set, which makes it easier to know how much money you’ll be paying out each month.

Variable or adjustable rate mortgages. This is the opposite of fixed rates. The mortgage rate goes up and down. These can prove cheaper than fixed rates, and can offer the best mortgage rates, at least at first, but they are a bit riskier, because if current mortgage interest rates shoot up, borrowers might find it hard to keep up with payments.

Repayment mortgages. With these, borrowers pay the interest and also pay off the amount borrowed, so they’re left owing nothing at the end of the mortgage term.

Interest only mortgages. With these, borrowers only pay the interest, and don’t pay off the amount borrowed. They’re much cheaper than repayment mortgages, but borrowers still end up owing the initial amount by the end of the term. Interest only rates tend to be variable, rather than fixed.

Government-backed mortgages. In some countries, the government helps people get  mortgages who might not be able to get them otherwise. In other words, it ‘backs’ them.

Jumbo mortgages. There are rules governing the amount you can borrow with a mortgage. However, in some American cities such as San Francisco and New York, that borrowing limit won’t be enough to buy even a modest house. So, special large, ‘jumbo’ mortgages are available to a few borrowers, letting them get enough money to cover these higher house prices.

Buy-to-let mortgages. Sometimes people buy a house not to live in, but as an investment, to rent out or ‘let’ to other people. If you’re  getting a mortgage to buy a place to let, you’ll  usually have to take out a buy-to-let mortgage.

Do you know where the word ‘mortgage’ comes from? It’s actually an old French term, meaning ‘death [mort] pledge [gage]’. That might sound spooky, but it simply means the debt ‘dies’ when it’s paid off.

Talking to your kids about mortgages

We love a good chat at RoosterMoney, so here are some ideas to kick start conversations about mortgages with your child: 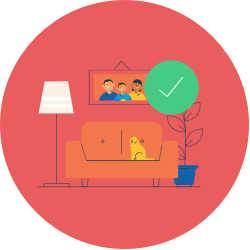 Some governments make it easier for people who earn less to take out mortgages, because some governments believe home ownership is good for the country. Can you think of some reasons why that might be? 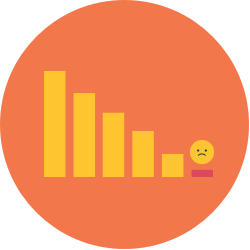 When mortgages wrecked everything!

Did you know that mortgages lay at the heart of the 2008 financial crisis? Lots of risky mortgages were mixed up into new financial products, and sold on to investors. When house prices fell in the US, those products dropped in value, leading some banks to close. It was a scary time. Tell your kids about what you remember from 2008. 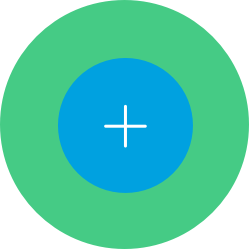 Why mortgages are worth it

It’s worth taking out a mortgage for something such as a house, because it's very hard for people on ordinary incomes to save up enough money to buy a home without one. If you don’t own your own home, you’ll probably have to rent one. Rents can be as expensive as mortgages, and, unlike a mortgage, renters don’t end up owning their place after years of paying rent. Do you think your kids will try to rent, or buy, when they grow up? 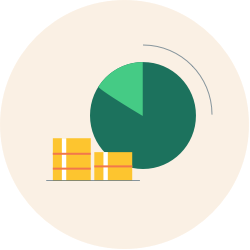 To get a mortgage for a house you usually have to provide a bit of money first of all. This is called a deposit, and covers a small portion of the overall cost of the house you end up buying. Some lucky people are given a deposit by their parents; others move back home, work very hard, or cut back their spending to save up. Ask your kids what you think they’ll do.

Playing is a great way to learn about what is a mortgage for kids. Why not try some of these learning games about mortgages for children 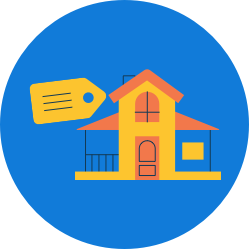 Do a pocket money mortgage

Work out how much money you get each year (include birthday and Christmas if you like). Times that number by 3.5 (this number is called the multiplier). That will tell you how much you can borrow. Work out how much you’d have to pay back each month for a period of years. Do you want to take one out now? 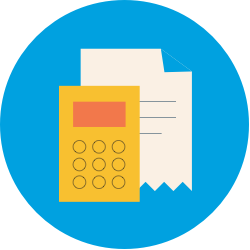 Go through a mortgage statement

If you have a mortgage, chances are you’ll also have a statement somewhere, showing how much you’ve paid off each month and how much you owe. Take a look at this with your kids, and ask them what they think of the numbers. 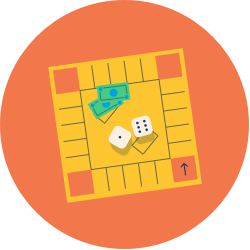 Did you know that the board game Monopoly offers mortgages? Under certain conditions, players who run out of money can take out a mortgage on properties they own. They can borrow half the original cost, and must pay it back at an interest rate of 10%. Try this when you play next, and see if the kids think it's a good idea. 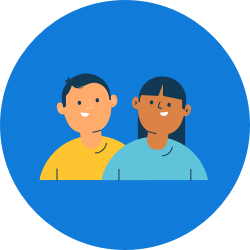 Sometimes people borrow a bit more money, adding to their mortgage, to pay for something such as a house extension.This is sometimes called remortgaging. Banks have to approve these. One person can pretend to be the bank manager and the other the remortgager. Will the bank manager approve the new remortgage? How will the remortgager make their case? Is it for an extension, or a new swimming pool, or just lots of Robux!? What will they argue about?