Talking About Helping Others

Why talk about helping others?

It’s never too early for children to learn what they can do for others, rather than what other people can do for them. Money isn’t just about buying stuff for yourself, but can make a real difference to other people.

Kids can be enthusiastic supporters of charities and good causes, once they understand how they can help. Finding out how donations are used and what impact they have can also teach valuable lessons about money management.

What are the key things to know?

Even young children can learn that others might need help and support. Giving to others, whether friends in need or whole communities living in poverty, can help them think about the wider world.

Helping others can take different forms. You can give money, give things that you own or give your time by volunteering.

Giving to others has funded great universities, museums, galleries, schools and hospitals all over the world. Some mega rich people give massive sums to good causes. Bill Gates, the computer whizz, has donated billions of pounds to fight illnesses like malaria. Three Sainsbury brothers, from the supermarket family, paid for building an extra part of the National Gallery in London. Your local library might have been funded many years ago by an American businessman, Andrew Carnegie.

But people can also band together, so lots of small donations add up. For example, in 2017, people running in the Virgin London Marathon raised more than £61 million for charity!

Learning about helping others can also teach valuable lessons about money. Choosing where to spend your own money can support good causes, if, for example, you use a charity shop or buy products marked as “Fairtrade”. Looking at where donations are spent encourages children to think about how money can make the most impact. Thinking about the reasons to support one charity rather than another can introduce them to the basics of budgeting.

When it comes to charities, children like supporting other children. A survey of children aged between 9 and 11 found 34% would like to support children’s charities, followed by animal charities (21%), medical charities (12%), disabled or homeless charities (5% each) and charities that help people in other countries and hospitals (4% each)!

Talking to your kids about helping others

We love a good chat at RoosterMoney, so here are some ideas to kick start conversations with your child about helping others:

Learn from the logo

If you buy Fairtrade products, point to the logo and explain how it works and who it supports.

Chat about any cause their school supports - Sport Relief, Red Nose Day, school fairs or other fundraising. Who will the money help? What will it do?

You could also offer to donate some money to their favourite cause or to match any sum they raise.

Discuss some potential causes your child could support, and encourage them to choose one that matches their interests and matters to them. Then think of ways they could help, for example, donating old toys to a children’s hospital or giving money to a local animal refuge they might visit.

Show your own support

Talk about how you’re helping and why, every time you put money in a charity tin, donate to a disaster relief appeal, pick items to donate to a food drive, set up regular payments to a cause or volunteer in some way. Set a great example!

“Talking to your children about giving to charity and the causes they care about can be a great way to bring families together. Help them choose a cause that appeals to them, and where they feel they can make a difference.”

Grab stuff to give

Help your child select toys or clothes they’ve grown out of, to give to a good cause or charity shop. If you register for Gift Aid they will often send a report showing what your items sold for, so they can see how much money their stuff raised!

Encourage your child to buy something from a charity shop - that can be a great place to find bargains on books, toys, games and craft materials! Talk to the shop assistant about where the money goes, and explain to your child how choosing where to spend their money can make a difference.

Show your kids the Spend, Save and Give pots on the Rooster Money app. Discuss whether they might want to put some of their pocket money in the ‘Give’ pot, and look at the list of charities.

Use a resource like the Charities Aid Foundation’s 'Find a Charity' tool to search for good causes in your area.

Once your child has chosen a cause, help them raise donations. Think sponsored silences, selling stuff at a car boot sale or cooking up a storm for a cake sale at school.

Give time, not just money

Showing up at jumble sales, school fetes, concerts and Cub and Brownie events can help make them a success. Older children can get involved in volunteering for charities or helping at fundraising events.

“I think it’s important to show children the happiness inherent in giving to others. Young children need any giving they do to be simple and visible. Positive feedback really helps! Every Christmas I encourage my children to pick three good quality toys they have loved to give to our local Barnardo’s charity shop. I talk them through how this enables another parent on a low income to treat their child, and how the charity benefits too, and can help even more kids. They hand over these toys themselves, and are rewarded with a huge beam from the volunteers at the charity shop. A simple way to learn about giving, but the direct and immediate feedback helps them feel the buzz of joy from giving.”

Becky Goddard-HillMum of two, author of Create Your Own Happy and money blogger at Family Budgeting 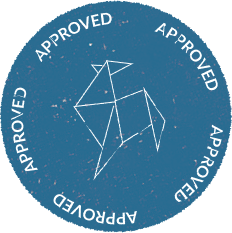 Use the Give pot to manage and track charitable donations your children have made or set money aside for giving!

Learn how the Give pot works >>

Pick a charity to donate to via the JustGiving feature and you'll have the optional ability to make a real-money donation.

Using JustGiving in Give >>